After his escape from Japan, Carlos Ghosn's Japanese lawyer and seven other members of his defense resign 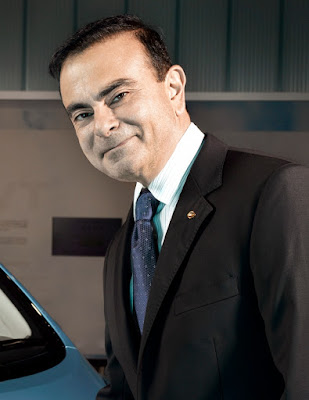 On 30 December 2019, numerous media outlets reported that Ghosn had escaped from Japan and arrived in Beirut, Lebanon. Ghosn later confirmed these reports through a statement released by his press representative in New York. In his statement, Ghosn claimed that he would "no longer be held hostage by a rigged Japanese justice system where guilt is presumed, discrimination is rampant and basic human rights are denied", adding that he did not flee justice, but "escaped injustice and political persecution". A member of Ghosn's defense team in Japan said that he was "surprised and baffled" by Ghosn's departure, and indicated that the entire defense team intends to resign.

It is unclear as to how Ghosn was able to leave Japan under the conditions of his bail. Japanese public broadcaster NHK quoted investigative sources who stated that Ghosn left his Tokyo apartment at around 14:30 on 29 December and joined two men at a nearby hotel. The three then took a bullet train from Shinagawa to Osaka and arrived at a hotel near Kansai International Airport just after 20:00. A few hours later, two men left the hotel carrying large containers, including an audio equipment box where Ghosn was hidden. The men then boarded a Bombardier Global Express private jet with Turkish registration TC-TSR. The large box carrying Ghosn was never x-rayed or checked by customs officials, because it was too big to fit inside the x-ray machine; the plane left Kansai Airport at 23:10, landing at Istanbul Atatürk Airport at 5:26 on the morning of 30 December. Within an hour of the plane's landing, a separate private jet left for Beirut. An employee at Turkish private jet operator MNG Jet admitted to falsifying passenger records, in which two separate planes were leased, one from Dubai to Osaka and then Osaka to Istanbul, while the other from Istanbul to Beirut.

Following Ghosn's arrival in Lebanon, a Tokyo court granted a request by Japanese prosecutors to revoke his bail. While Japan and Lebanon are both members of Interpol and have had diplomatic relations since 1954, there is no extradition agreement between the two countries. Interpol has issued a red notice for his arrest. Japanese authorities raided Ghosn's Tokyo apartment on 2 January looking for evidence.  Separately, some Lebanese lawyers want Ghosn prosecuted over his 2008 trip to Israel as the chairman of Renault-Nissan to meet Better Place founder Shai Agassi, which they claim violated the Arab League boycott of Israel.

Ghosn later addressed reports that his family, including his wife Carole, may have played a role in his departure from Japan, stating that "such speculation is inaccurate and false." On 7 January, prosecutors in Japan issued an arrest warrant for Carole Ghosn on suspicion of giving false testimony during a court hearing in April 2019.

Carlos Ghosn held his first press conference since leaving Japan on 8 January 2020, in which he described his imprisonment conditions, pleaded innocence and named Nissan executives who plotted his demise. He claimed that when he left Japan, "I fled injustice and political persecution.  The next day, Judge Ghassan Ouiedat, a Lebanese prosecutor, imposed a travel ban on Ghosn. After his escape from Japan, Carlos Ghosn's Japanese lawyer and seven other members of his defense resigned. His lawyer, Junichiro Hironaka, said his escape was a "complete surprise".
News
Location: Япония