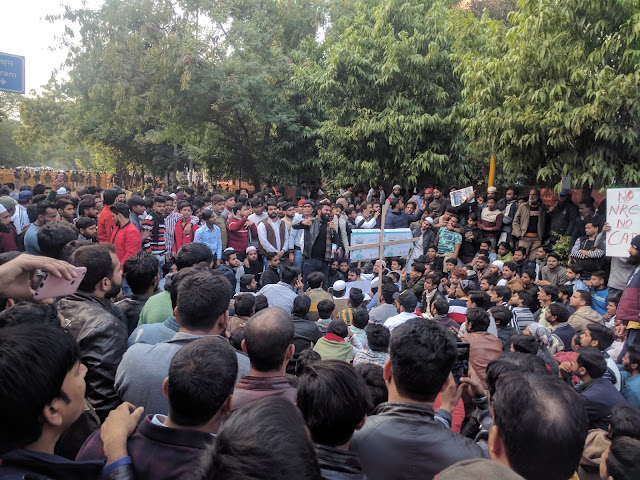 The Citizenship Amendment Act protests, also known as the CAA and NRC protests, the Citizenship (Amendment) Bill protests, or the CAB and NRC protests, are a series of ongoing protests in India against the Citizenship (Amendment) Act, which was enacted into law on December 12, 2019, and against nationwide National Register of Citizens. The protests began in Assam, Delhi, Meghalaya, Manipur, and Tripura on December 4, 2019, and soon spread to the rest of India. The reasons given for the protests by the participating student organizations, human rights activists, and citizen groups variously include alleged discrimination on the basis of religion, accommodation of illegal immigrants, and police brutality against protesters on university campuses during demonstrations.
News