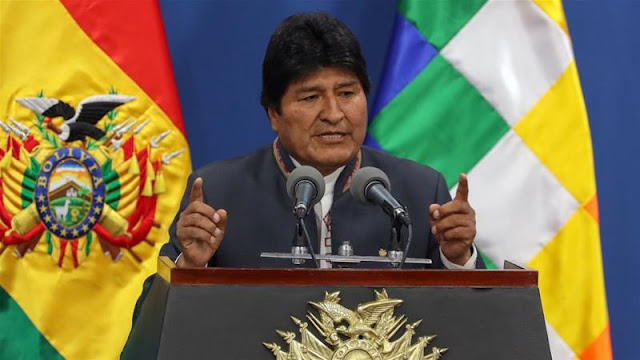 Suspension of activities: The Bolivian Football Federation (FBF) suspended all matches on day 17 of the Clausura tournament of the Bolivian Primera División, due to a predicted lack of presence of both players and spectators because of the protests. The Bolivian Association of Supermarkets announced that the opening hours of supermarkets and hypermarkets for the day of October 25 would be from 7:00 am through noon.


Press intimidation allegations: A correspondent for the Cochabamba newspaper Los Tiempos, Wilson Aguilar, was assaulted on 21 October by MAS supporters during the Supreme Electoral Tribunal conference in La Paz. The newspaper El Deber reported that on the night of 21 October, Vice Minister of Communication Leyla Medinacelli called the newspaper to "ask for a headline" on the front page of the next day's edition, specifying that it should encourage protestors to "demobilize". The newspaper clarified that it does not allow people who are not their own journalists to "impose a headline". On 10 November the newspaper Página Siete announced it would not publish its morning edition of 11 November due to security reasons.