Posted by Sargis on October 01, 2019
Kristina Inhof (born 1 October 1988) is an Austrian presenter and sports journalist at ORF, the Austrian national public service broadcaster. She was born in Vienna and grew up in Lower Austria, playing handball for Hypo Niederösterreich during her school years. Inhof graduated with a bachelor's degree in sports science with a focus on sports management at the University of Vienna in 2012. Her presenting career began in 2009, working first for Vienna Online and then for cable television station W24. She was hired by Austrian television broadcaster Puls 4 for the broadcast of the UEFA Champions League in 2012. For several months in 2015, Inhof joined the presenting team of Sky Sport News HD. She has been working exclusively for ORF since 2016, presenting for the football department. 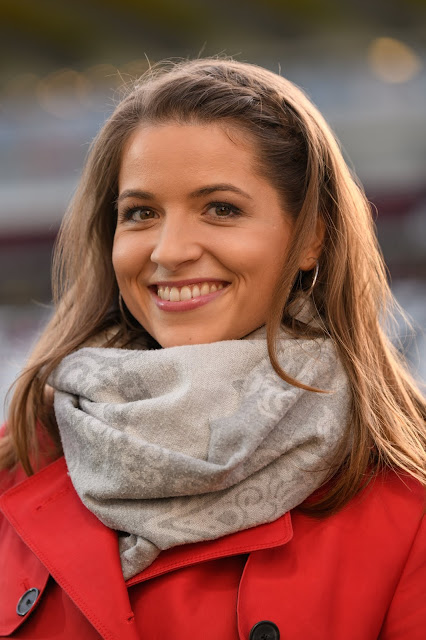 Inhof was born in Vienna, and grew up in Lower Austria. During her school years she played handball for several years at Hypo Niederösterreich. In 2008 she completed her school leaving exam at the Vienna Business School. Shortly thereafter, she began her studies in sports science with a focus on sport management at the University of Vienna. During this time, she also lived for six months in Gran Canaria, where she completed a semester abroad at the University of Las Palmas de Gran Canaria (ULPGC). Already during her studies she completed various internships at media companies such as Radio 88.6, Kronen Zeitung or Austria 9. In October 2012 Inhof completed her studies with a Bachelor's degree. She is also a graduate of the WIFI Media Academy.