Posted by Sargis on October 22, 2019
In Santiago, Chile, protests over increased metro fares cause President Sebastián Piñera (pictured) to declare a state of emergency.
On 18 October, President of Chile Sebastián Piñera announced a state of emergency, authorizing the deployment of Chilean Army forces across the main regions to enforce order and crack down on the destruction of public property, and invoked before the courts the Ley de Seguridad del Estado ("State Security Law") against dozens of detainees. A curfew was declared on 19 October in the Greater Santiago area.
Protests and riots have expanded to other cities, including Concepción, San Antonio and Valparaíso. The state of emergency was extended to the Concepción Province, all Valparaíso Region (except Easter Island and Juan Fernández Archipelago) and the cities of Antofagasta, Coquimbo, Iquique, La Serena, Rancagua and Valdivia. The protests, because of the destruction to public infrastructure, the number of protesters and the measures taken by the government, have been considered as the "worst civil unrest" having occurred in Chile since the end of Augusto Pinochet's military dictatorship. 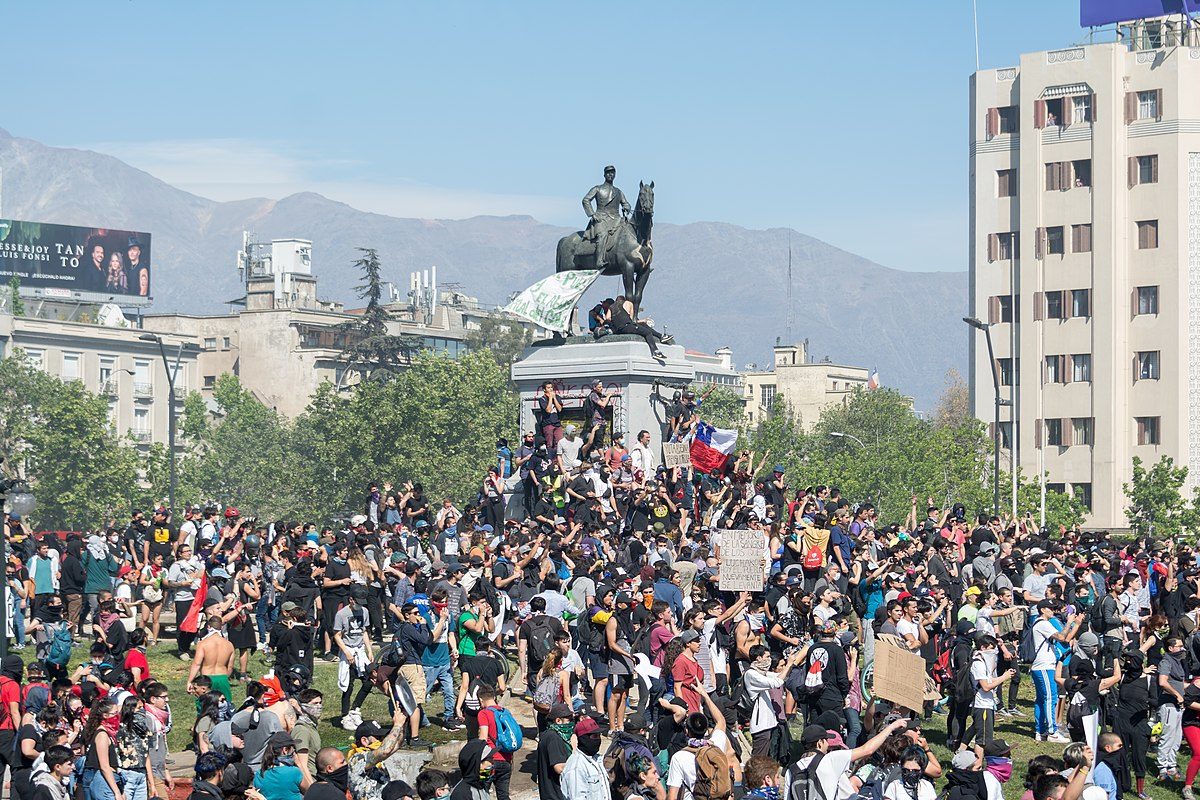