Posted by Sargis on September 20, 2019
On 20 September, organisers estimated that over 300,000 people attended 100 rallies for the global climate strike in Australia. Over 2,500 businesses allowed employees to take part in the strikes, or closed entirely for the day. In Melbourne, one protest gathered an estimated 100,000 participants.  Organisers claim that 80,000 people took part in a protest at The Domain in Sydney. A strike in Brisbane gathered a reported 20,000 protesters, whilst organisers reported figures of 22,000, 15,000, 10,000 and 8,000 for strikes in Hobart, Canberra, Perth and Adelaide, respectively.

Australian protests called for the government to reach "100 percent renewable energy generation and exports" by 2030, to refrain from starting new fossil fuel projects and to fund "a just transition and job creation for all fossil fuel industry workers and communities". 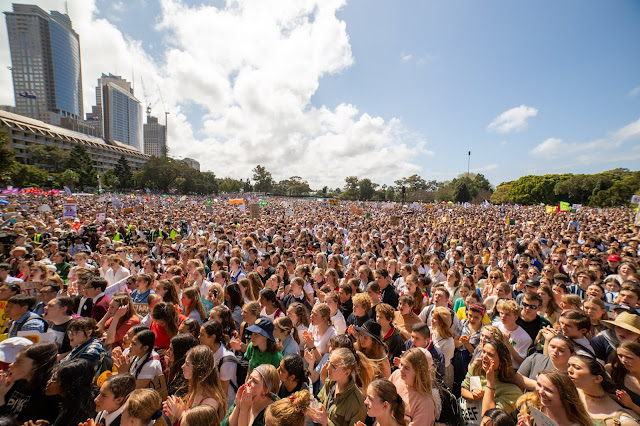