Aerial view of the caldera of Mt Tambora at the island of Sumbawa, Indonesia

Posted by Sargis on September 22, 2019
This detailed astronaut photograph depicts the summit caldera of the volcano. The huge caldera—6 kilometres in diameter and 1,100 meters deep—formed when Tambora’s estimated 4,000-meter-high peak was removed, and the magma chamber below emptied during the 1815 eruption. Today the crater floor is occupied by an ephemeral freshwater lake, recent sedimentary deposits, and minor lava flows and domes emplaced during the nineteenth and twentieth centuries. Layered tephra deposits are visible along the north-western crater rim. Active fumaroles, or steam vents, still exist in the caldera.

Mount Tambora, or Tomboro, is an active stratovolcano in the northern part of Sumbawa, one of the Lesser Sunda Islands of Indonesia. It was formed due to the active subduction zones beneath it, and before its 1815 eruption, it was more than 4,300 metres (14,100 feet) high, making it one of the tallest peaks in the Indonesian archipelago.

Tambora's 1815 eruption was the largest in recorded human history. The magma chamber under Tambora had been drained by pre-1815 eruptions and underwent several centuries of dormancy as it refilled. Volcanic activity reached a peak that year, culminating in the eruption. The explosion was heard on Sumatra island, more than 2,000 kilometres (1,200 miles) away. Heavy volcanic ash rains were observed as far away as Borneo, Sulawesi, Java and Maluku islands, and the maximum elevation of Tambora was reduced from about 4,300 metres (14,100 ft) to 2,850 metres (9,350 feet). Although estimates vary, the death toll was at least 71,000 people. The eruption caused global climate anomalies in the following years, while 1816 became known as the "year without a summer" due to the impact on North American and European weather. In the Northern Hemisphere, crops failed and livestock died, resulting in the worst famine of the century.

During a 2004 excavation, archaeologists discovered the remains of a house destroyed and buried by the 1815 eruption. The site has remained intact beneath three metres of pyroclastic deposits and provides insight into the culture that vanished. Today, Mount Tambora is closely monitored for volcanic activity; a powerful eruption would affect millions of Indonesians. The mountain is administered by the Bima Regency in the northeast and by the Dompu Regency in the west and south. 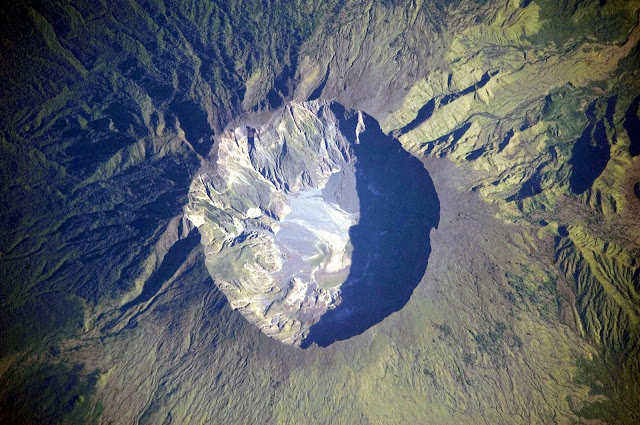