PF Chang’s Asian Table: ‘It takes me back to the Eat As Much As You Like Chinese Buffet’ – restaurant review

Most of the staff have the crepuscular air of people reluctantly working out their notice in purgatory...

In its US homeland, the “casual dining” chain PF Chang’s is the kind of restaurant the real housewives of New Jersey might end up in after a hard day at the shops, for its dependable roster of Chinese-American classics, cocktails and New York cheesecake (intelligence suggests if you find yourself stranded in a high-end suburban mall in Chattanooga, you could do an awful lot worse). But for its first European outpost, Chang’s has chosen a central London location – a former jazz club on the edge of Chinatown – hired a Nobu-trained chef and a hip drinks consultancy, and added a breakfast menu and on-site bakery. Clearly they’re hoping to be more than just the place you go to argue over John Lewis curtain swatches.
Inside, there’s not a stone horse or Chinese lantern in sight; instead, the dining room has the carefully neutral glamour of a high-end airport restaurant – though, unlike any airport restaurant ever, it’s almost empty. Not that this makes it any easier to order; most of the staff (with the honourable exception of the charming woman on the door, whose springy enthusiasm may well stem from her proximity to an escape route) have the crepuscular air of people reluctantly working out their notice in purgatory.

The cocktail list is pleasingly ambitious (and ambitiously priced at £13 for a negroni) but, to be honest, I’m not sure whether I’m enjoying the Xiang Xiang fizz’s daring blend of pistachio vodka and soy sauce enough to finish it – until the food arrives and dutch courage becomes a matter of necessity rather than choice.
The food. I can avoid it no longer, much as I might wish to. The menu celebrates “local” suppliers, with a proud list of “purveyors” that includes one of the UK’s largest poultry producers, yet is strangely silent on the origins of the seafood that appears in almost half the dishes listed. Nevertheless, I feel duty bound to order Chang’s famous dynamite shrimp: “Always imitated, never duplicated.” Spilling out of a Don Draper-sized martini glass in a slick of sriracha aïoli, the plump prawns wear their gluey batter like damp, shrink-fit jeans. Sweet, spicy and deep-fried, this is food that appeals to our basest instincts and, soggy or not, we polish off the lot.

Unfortunately, everything else is all too easy to push aside. The signature iceberg lettuce wraps, credited to co-founder Philip Chiang’s mother Cecilia, a pioneering figure in the US restaurant scene, come with a mound of aggressively smoky chicken mince that proves mere window dressing for a mountain of polystyrene-like “crispy rice sticks” hiding beneath. Chang’s chicken, the house version of Chinese-American favourite General Tso’s chicken, is a pallid pile of dry pieces of breast painted with an orange, sugary gloop that takes me back to student nights out at the Eat As Much As You Like Chinese Buffet, while the black cod and lotus chips is an insult, rather than a respectful nod, to the head chef’s former employer, the fish’s delicate flesh reduced to tempura-battered mush. To give credit where it’s due, the starchy lotus crisps are pretty decent. (“Probably bought in,” my companion says morosely.)
Sichuan green beans are squidgy not snappy, and egg-fried rice comes packed with beansprouts and carrot shavings but no discernible flavour. Both, however, are preferable to the Singapore noodles, a matted tangle of angry orange vermicelli laden with so much curry powder that each mouthful has the vicious bite of a dose of TCP. As we wait for someone to clear the sorry remains, I ask my victim what he enjoyed most. He scans the table in desperation before settling on the only empty dish in sight: “The lettuce leaves.”
Ice-cream, I decide, will right all wrongs; it always does. Three blobs eventually appear in a state of rapid decomposition. Asked to name them, the waiter flails before guessing the creamy middle one might be vanilla. It’s supposed to be, but isn’t, lemongrass (nor is it, in fact, vanilla), while the white fright to its right tastes like frozen quark, not “wasabi ripple ash”, for which I am briefly thankful. The only one that corresponds with the advertised selection is a brooding black blob whose gritty texture identifies it as coconut ash, rather than something washed up after an oil spill.

Factor in a restorative coffee and we don’t get much change from £100. I’m not tearing into PF Chang’s because it’s a very big fish in a pool of fry – frankly, it hardly feels as if it’s competing in the same culinary arena as most of its Chinatown neighbours – or indeed because it’s American. Chinese-American food can be superb, but this place is a truly international embarrassment.

PF Chang’s black cod with lotus chips: ‘This is an insult to the head chef’s former employer, Nobu.’ Photograph: Sophia Evans for the Observer 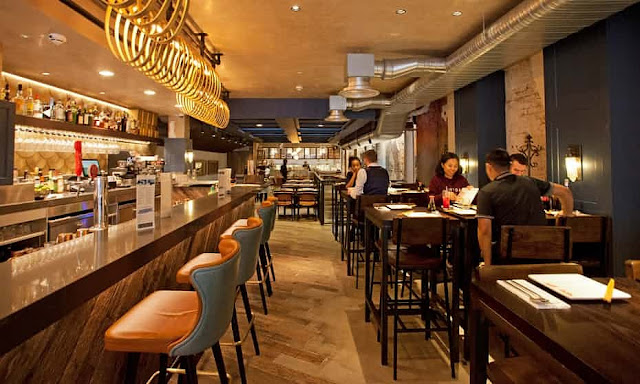 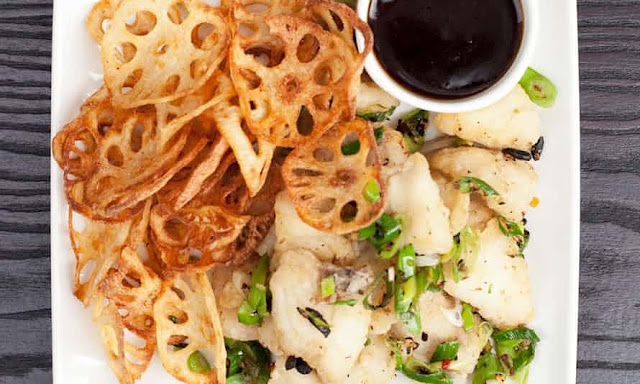