Can Sarah Silverman use comedy to bridge America's political divide?

In her new Hulu series I Love You, America, the comic will attempt to reach across the aisle and, hopefully, generate laughs in the process

One significant shift in political discourse over the last decade or so is the way conservatism has established something of a stranglehold over the notion of patriotism. Issues ranging from terrorism, policing, and even standing for the national anthem at football games have been framed in the same familiar way. The message is that if you really love your country, you’ll support stricter immigration policies, stand in obeisance when you hear The Star-Spangled Banner, and offer unbridled support for law enforcement.

But the comic Sarah Silverman, with a new Hulu show aptly called I Love You, America, is out to prove that patriotism transcends partisanship. The show, which premieres on 12 October, is being billed as a “social-politics sandwich”, stacked with the meaty perspectives of Americans across the ideological spectrum. As Silverman explained recently, it’s not quite sketch comedy, not quite stand-up, and not quite a talkshow. 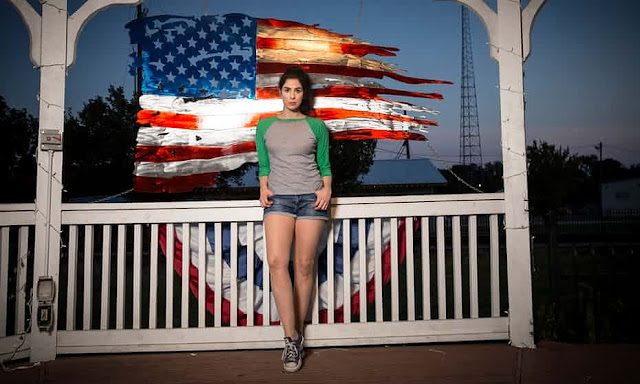